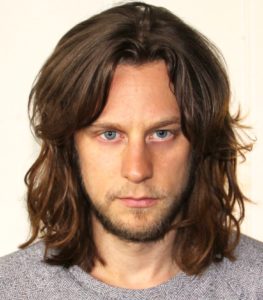 Tadhg has worked extensively at the Abbey and Gate Theatres, as well as with Druid Theatre Company on productions including Penelope and The Walworth Farce, both written by Enda Walsh and directed by Mikel Murfi, and The Cripple of Inishmaan, directed by Garry Hynes. Recent credits include the role of Lucky in Gare St. Lazare’s production of Beckett’s Waiting for Godot directed by Judy Hegarty Lovett (for which he was nominated for an Irish Times Irish Theatre Award for Best Supporting Actor); Casimir in Brian Friel’s Aristocrats, directed by Patrick Mason at the Abbey Theatre;  Mercutio in Romeo and Juliet directed by Wayne Jordan at the Gate Theatre; James “Ketch” Freeman in Our Country’s Good directed by Nadia Fall at the National Theatre, London; and Enda Walsh’s How These Desperate Men Talk with Corcadorca, directed by Pat Kiernan.

On screen Tadhg most recently wrapped filming the role of Eoin in John Ridley’s forthcoming 6 part TV drama for Fifty Fathoms and Sky Atlantic, Guerrilla. He is currently filming the newly-commissioned TNT series Will, written by Craig Pearce and directed by Shekhar Kapur and Elliott Lester.

Other screen credits include the role of Ned Low in the STARZ TV series Black Sails; the regular role of Arne in the History Channel’s Vikings (Seasons 1 and 2); the lead role of Oisín in the Irish indie feature Lost in the Living, directed by Robert Manson; Oliver Stone’s Alexander; and Stephen Bradley’s Boy Eats Girl, for which he was nominated for Best Supporting Actor at the Irish Film and Television Awards.