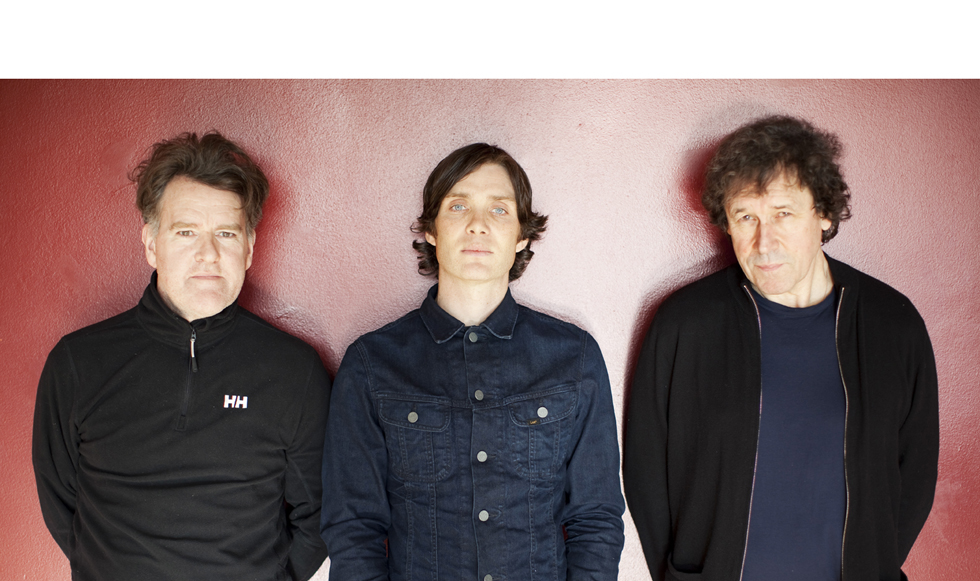 He has made it big in film and on TV but Cillian Murphy is happier on stage than chasing stardom. Now he’s set to return to where it all began, writes Alan O’Riordan.

IN A world where every possible career path is foreshadowed by a degree, a course, or a diploma, Cillian Murphy is testament to the merits of on-the-job training. Learning his trade the old-fashioned way has taken him from Cork to Hollywood, from Disco Pigs to Batman movies.

Having honed his skills with theatre companies Corcadorca and Druid, Murphy is now best known for his screen roles, most lately in Peaky Blinders, the acclaimed BBC series about criminal gangs in post-World War I Birmingham. Also in the can is In the Heart of the Sea, an Oscar-touted Ron Howard movie about the true story on which Moby Dick was based.

Yet he continues to be drawn to the stage, and is appearing in Enda Walsh’s new play, Ballyturk, this summer.

“I felt the lack,” he says, thinking of the five years he left between his West End appearance in Love Song and his last outing, in Walsh’s Misterman in 2011. “I realised that I’d really missed it. I’d forgotten how wonderful it was making this stuff. You just have this document with words on it, and then four weeks later, by some miracle, people are sitting in the dark watching you do it. It’s bananas. I still can’t get over that it happens — every time. That’s the exciting thing about it. I’ll never lose the love of that.”

Ballyturk is an ensemble piece, with Mikel Murfi and Stephen Rea joining Murphy. “It’s a play about friendship and death,” he says, reluctant to talk in detail about such an ambiguous work still taking shape in the rehearsal room. Murphy is in Dublin with his co-performers and Walsh, who is also directing Ballyturk. Later, Walsh says the kernel of the idea came from a conversation he had with his six-year-old daughter about death.

“It’s brilliant,” says Murphy. “I’ve always tried to follow good writing, and I was very lucky as a kid to meet Enda, who gave me my first ever professional role. He’s my favourite playwright. Even if I wasn’t a pal of his I’d say that.”

A word that ties Walsh’s writing and Murphy’s performances of it is intensity. It’s there in the words, in Murphy’s movement, his energy. It is something that stretches him as a performer, he says.

“Working in film and TV,” he says, “you’re acting with this.” He gestures to his face, and, let’s be honest about it, it’s a powerful tool. Fate and his choices may have made him more of a character actor than a screen idol, but he has a leading man’s looks, and eyes that have their own fansites. “It’s necessarily that,” he continues, “but I love acting with my body. It’s a very liberating thing to do that.”

He wriggles visibly in his seat as he describes his craft, that inner performer that he says is part of his DNA stirring beneath his unassuming, understated presence. For all his reputation of being a guarded interviewee, Murphy is thoughtful and considered in his conversation, enthusiastic about his craft. “People always say to me, you never do any comedies, but, I do a lot of it in theatre, where no one sees it, at least, compared to film or television.”

For Murphy, the script is the sine qua non of any work. The medium — television, stage, or film — is never the issue. It’s all about the writing. His film choices do betray a preference for alternative worlds and extreme situations. Even though he’s not particularly a sci-fi fan, he’s appeared in several such films, including his breakthrough 28 Days Later. He’s also helped populate the comic-book worlds of Inception and Batman.

“I suppose I was always interested even before I started acting, in books and films that had that idea of characters in pressurised situations. Normal people in extreme situations. that’s always interested me. I want to come out of something altered. I don’t like going to see a play and going, ‘That was nice. Now, shall we go for dinner?’ Not when you can go ‘What the fuck was that?’ And you’re still thinking about it a few days later. You can’t achieve that all the time, that’s not possible, but it’s the goal.”

Murphy has lived in London for more than a decade. He and his wife, the artist Yvonne McGuinness, have two sons. Its closeness to home and thriving culture are what attracts Murphy. You sense that he revels in the diversity of a major city, as opposed to the one-industry feel of somewhere Los Angeles. He has always aimed high — he auditioned for the role of Batman, remember — but has his preference for London prevented him being a megastar?

“I don’t think so,” he says. “No one can decide that kind of thing. It’s just your work. Maybe there are people out there and that’s their thing, but I just want to do good work. That’s why I’m in Galway for the next few weeks — to do good work. I might go off to America next year and do a film there. There’s no plan or strategy, that’s what keeps me interested.”

Murphy finished filming the second series of Peaky Blinders a just 24 hours before he began rehearsing Ballyturk. Not an ideal situation, he says. But if appearing in an Enda Walsh play is a way to stretch himself, so too, he says, is the long-form TV drama, a new departure for him.

“You get 12 hours of playing a character, that’s a chance to go really really deep. And I like that immersion … I’d never had that before. You do a film and it’s an hour-and-a-half. If you’re playing the lead you get a lot of time, if you’re playing a supporting character you might not even be in the film, so for this, to play the lead and to really explore a character was fantastic. You’re living with it, you take ownership of that character. There’s great collaboration with the writer. I really enjoyed that experience. It’s draining but it’s rewarding.”

When Ballyturk comes to the Cork Opera House in August after stints in Galway and Dublin, it will be Murphy’s first time on a hometown stage since he debuted in Disco Pigs in 1996. It’s a galling statistic for those of us who can remember that show, the stuff of local legend by now — but an international success too.

“It’s mad that it’s almost 20 years, ” Murphy says, “I was a kid then, now I’m 38. Mad. But I’m delighted we’re going to Cork and the Opera House. I think Mary Hickson is doing a great job in there and it will be great to be on the Opera House stage, which always as a child was this ginormous stage. But apparently it isn’t actually that big.”

Before Disco Pigs, Murphy was devoted to music, gigging with the Sons of Mr Greengenes, a group that were so 1990s they even got a record deal offer from the Acid Jazz label. A turning point was seeing Corcadorca’s promenade performance of A Clockwork Orange in Sir Henry’s nightclub in Cork in 1995.

“It blew the top of my head off,” he says. “I thought it was the most exciting thing ever. Then I just sort of managed to pester Pat Kiernan [of Corcadorca] into giving me an audition. That was it really.

“I was hitchhiking around France and they actually delivered the script for Disco Pigs to this campsite in France. I opened it up and read it in front of the tent. I hadn’t a clue what it was about. It was only when I stopped doing that show two years later that there was the reality of, OK, not every play is going to be like that, every role is not going to be like that. But I had got lucky by then, I got an agent out of it, and I decided to give it a go.”

Murphy says he likes to get back to Ireland as often as possible, and is looking forward to a working week in Cork.

“I’ll be able to stay at home, walk in to work. That’ll be great. I’ll see a lot of old friends and have a laugh, I’d say. I like to get a nice pint of Murphy’s when I can.”

Does he get recognised when he’s out and about? “Yeah, I get recognised, but you know Cork people, they don’t give a shit … and that’s the way I like it.”

DISCO PIGS: HOW A STAR WAS BORN

The breakthrough play for Cillian Murphy was Disco Pigs, which was first produced by Corcadorca at Triskel in Cork in September, 1996. The local buzz created by the brilliantly original play soon snowballed into national and international recognition, and it was also adapted into a film by Kirsten Sheridan.
Pat Kiernan — director

“I had met Cillian through a workshop I did at his school. He was in transition year in Pres at the time. Often people are cynical or taking the piss in these things, having a laugh with their friends, but he was very good and very into it. He took it seriously.

“He used to come to our shows then and he’d always be asking, can I do this? Can I do that? He always wanted to act. With Disco Pigs, we were looking for somebody young, and with his enthusiasm, I thought I’d let him read for it. It was just a hunch I had. When he read, it was clear to me that he was very good. He had an understanding of the language, which was difficult, and a real intelligence as an interpreter. You could trust him, let him off — he was very natural and absolutely comfortable on stage.

“The show was very international and it was clear that people were beginning to regard him very quickly. He was making a significant impact even at some high-profile festivals where there would have been lots of good actors.”

“He looked like he was about 12 years old, but he was immediately very good with the text. He’s very musical and can make the most obscure speech sound whole. It was Pat Kiernan’s eye that saw it in him, but I was struck by how completely and utterly instinctive he was.”

“You can never tell in acting who’s going to make it, but the most important thing was that he was amazing to be on stage with. As a performer he was very honest, very good at sharing the space, at eye contact, and listening. That’s what makes a good actor and he has all that in buckets.”

“There was a bunch of young guys auditioning for the lead part. There’s always an interesting bunch emerging from wherever it is bunches of young actors emerge from, but this lot were particularly exciting. I remember the young Tom Hardy and Orlando Bloom as well as a few guys in shellshock after filming Black Hawk Down with Ridley Scott. They were bristling with youth, ability and ambition, a testosterone mix that was ideal for the role — an ordinary bicycle courier who learns to exercise violence beyond even that of the monsters in the film.

“And then this gentle, shy guy arrived. With a face from space. Cillian Murphy. He wasn’t right, too modest and quiet in person and in reading for the part but, but … Maybe it’s the Celtic thing, maybe it’s my vulnerability to anything without an English accent, maybe it is that face from space; you just couldn’t not cast him. And then on set, like the casting process itself, a sense of the unexpected grows around him in his choices and range each day. A great film actor leaves you in a